Here is our UFC 150 preview of all the matches on the main card and the preliminary bouts that will take place on FX beforehand.

First up on our UFC 150 preview is Edgar against Henderson. Poor Frankie Edgar seems perpetually doomed to face the same opponent twice in a row when other fighters get new dance partners. This started with BJ Penn; Edgar beat him (twice) by unanimous decision. It happened again with Gray Maynard, who Edgar fought to a draw before defeating him by unanimous decision in their next contest.

At least this time Edgar is looking to redeem a loss; he wound up on the wrong side of a decision to Henderson in their back-and-forth match at UFC 144. He's quite small for his weight class, but has no interest in moving down a weight class, so perhaps an immediate rematch is the best he could have hoped for. The incredibly skilled Ben Henderson hasn't suffered a loss since he battled Anthony "Showtime" Pettis back in the WEC, and though Pettis is itching for a rematch, Hendo's bout with Edgar was close enough that this main event is warranted. (Of course, Diaz is next in line to face the winner, and Melendez and Maynard are also in the mix.)

If it's anything like their last bout, it'll be an exciting back-and-forth war and well worth the price of UFC 150.

Cerrone really struggled with Nate Diaz's speed and power in UFC 141, but rebounded with a decision win over the heavy-handed Jeremy Stephens at UFC on Fuel TV 3. Cowboy had intestinal problems going into the bout, but fought in spite of advice from his coach and teammates...and still walked away with the W. Guillard's career-long problem has been his submission defense, and he suffered a loss via rear-naked choke by Joe Lauzon (funny that Guillard called out a submission specialist), and then another defeat via rear-naked choke to Jim Miller. Guillard has since rebounded with a decision win over Fabricio Camoes, but Cerrone has 13 submission wins and heavy hands to boot. If he can contend with Guillard's speed and striking (and he's got a good chin), he should be able to finish this fight at UFC 150.

Next in our UFC 150 preview, is Herman versus Shields. Ed Herman has been on a tear. First, he defeated Tim Credeur via TKO in under a minute. Then, he submitted Kyle Noke with an inverted heel hook in the 1st round of their bout. Most recently, he defeated Clifford Starks via 2nd round rear-naked choke. Known for his durability and aggression, Herman is a good match-up for the skilled but somewhat unexciting Jake Shields. Shields, the former Strikeforce middleweight champion, has gone 2-2 in the UFC, and hasn't had a win via stoppage since 2009. Still,  he managed to rebound from back-to-back losses to GSP and Jake Ellenberger with a unanimous decision win over Yoshihiro Akiyama, and is a slight favorite going into this welterweight tilt.

For the first time in his entire MMA career, Yushin Okami is coming off of back-to-back losses in UFC 150. Losing by KO to Anderson Silva is nothing to be ashamed of, but his KO loss to Tim Boetsch was a bit more unexpected. A heavy hitter in his own right, Okami should have a bit of an easier time against Buddy Roberts, who trains at Jackson's MMA. Roberts did score a notable upset when he defeated Caio Magalhaes in his last bout, earning the nod from all three judges. In this bout, though, Okami is an incredibly heavy favorite. 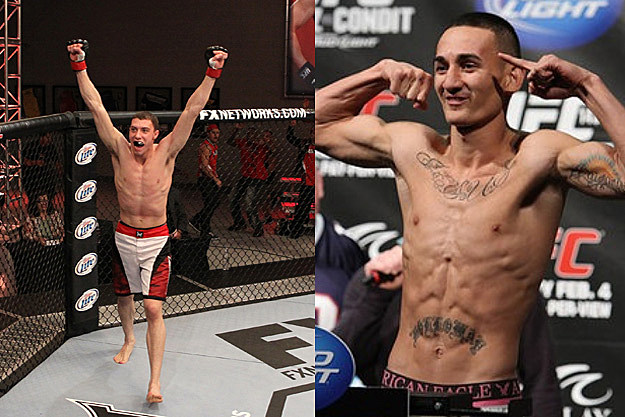 Hailed as a prospect from the get go, Max Hollaway has a very exciting stand-up game, with flashy knees, kicks, elbows and punches in his arsenal. He's gone 1-1 in the  UFC, losing to Dustin Poirier by mounted triangle armbar in a fight where he stepped in as a late replacement, and rebounding with a decision win over Pat Schilling. Lawrence is a striker as well, with a boxing and kickboxing background. The UFC 15 alum defeated John Cofer by headkick KO in the season finale, winning Fight of the Night and Knockout of the Night bonuses. Still, Hollaway is a slight favorite coming into the UFC 150 bout. Preliminary Bouts (FX) 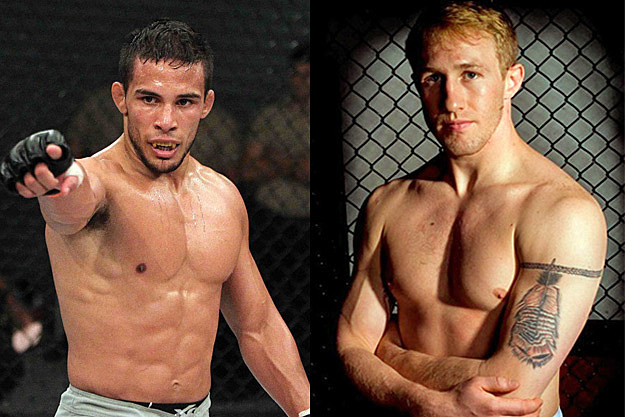 Dennis Bermudez (8-3) vs. Tommy Hayden (8-1) Tommy Hayden made his UFC debut last January, and the Team Gurgel representative will be looking to rebound off of his submission decision loss to Fabricio Camoes. Bermudez's weakness may well be submission defense, but he has strong wrestling, so look for him to try to control from top position. Hayden holds a blue belt from a strong BJJ academy, and will likely try to work submissions from wherever he can get them. 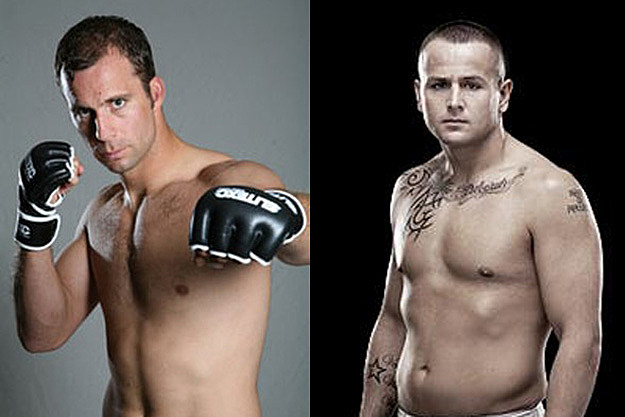 Jared Hamman (13-4) vs. Michael Kuiper (11-1) A black belt in judo and BJJ, Kuiper will be making his second attempt to win a bout in the Octagon; He lost a decision to Rafael Natai in his UFC debut. Jarred Haiman has had a checkered UFC record, going 2-3. If nothing else, Hamman has shown that he can absorb a massive amount of punishment, has two Fight of the Night wins, and looks to be more at home as a middleweight, a weight class he's only had two fights in. We'll see how he fares against the Dutch judoka on Saturday night. 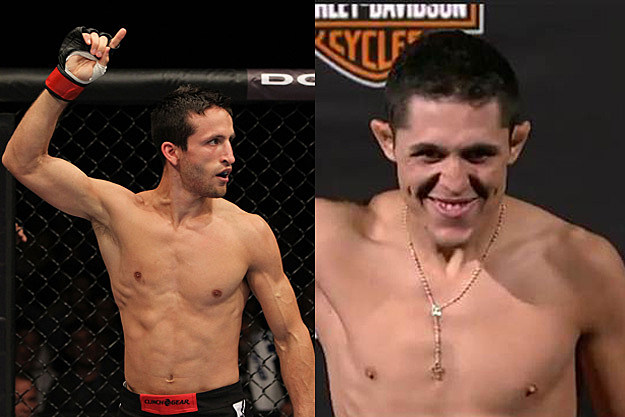 Erik Perez is coming off of a controversial win; he defeated John Albert via technical submission due to armbar, but Albert never tapped. Interestingly enough, the referee was Kim Winslow, who usually lets bout go the distance. In any case, Perez will have his next chance in this bout against former collegiate wrestler Ken Stone, who comes into the fight riding a two-fight winning streak.

Nik Lentz has had a rough go. After a devastating and highly illegal knee by Charles Oliveira (in a bout which was overturned to a no-contest), Lentz has lost two in a row, ending up on the wrong side of a decision against Mark Bocek and succumbing to TKO in a scrap against Evan Dunham. Lentz will be looking to rebound, and keep his job, in this tilt against submission specialist Eji Mitsuoka. Mitsuoka has only had one UFC bout, a TKO loss to Takanori Gomi at UFC 144 in February. This is definitely Lentz's fight to lose, so we'll see whether his training at American Top Team gives him what he needs.

TUF 14 alum Dustin Pague last fought Ken Stone only two weeks after a submission win over Jared Papazian, and on six days notice. Now he'll be facing Roufusports product Chico Camus, who will be making his UFC debut after winning 3 decisions in a row in the local circuits. Both fighters are durable and well-rounded, so we'll see how Pague performs with a full training camp and how Camus does under the lights.

What match at UFC 150 has you jacked the most?

Check Out More UFC News and Analysis
Categories: Sports
Comments
Leave A Comment
Back To Top